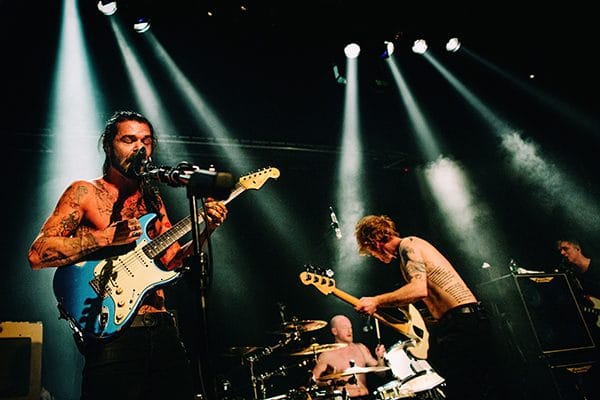 It was way back in 2002 that I first saw Biffy Clyro, opening for the long-defunct British rock band The Cooper Temple Clause in my native England, in a tiny University Theatre in Liverpool. Only a handful of those in attendance were there for Biffy, but those who were were absolutely rabid, seemingly knowing all the words to a debut record that hadn’t even been released. Weird, because MySpace wasn’t even around yet, so how did people know all these songs?? Baffling. Even then, Biffy fans were a devoted bunch. 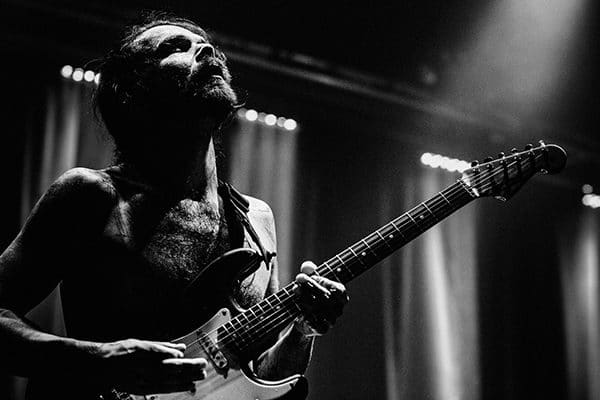 Fast forward 15 years, and in England, Biffy Clyro are the Arena headliners they deserve to be. Mysteriously, though, that success has never translated across the pond in North America. Last time the band played here in 2011 was a half-full Sala Rossa, and tonight, it’s the 600-capacity Cafe Campus. As perplexing as this lack of success is, for anyone who knows Biffy Clyro, it’s also an absolutely unmissable opportunity for Montreal gig-goers to catch one of the great live bands around in a setting our counterparts in England could only dream of. 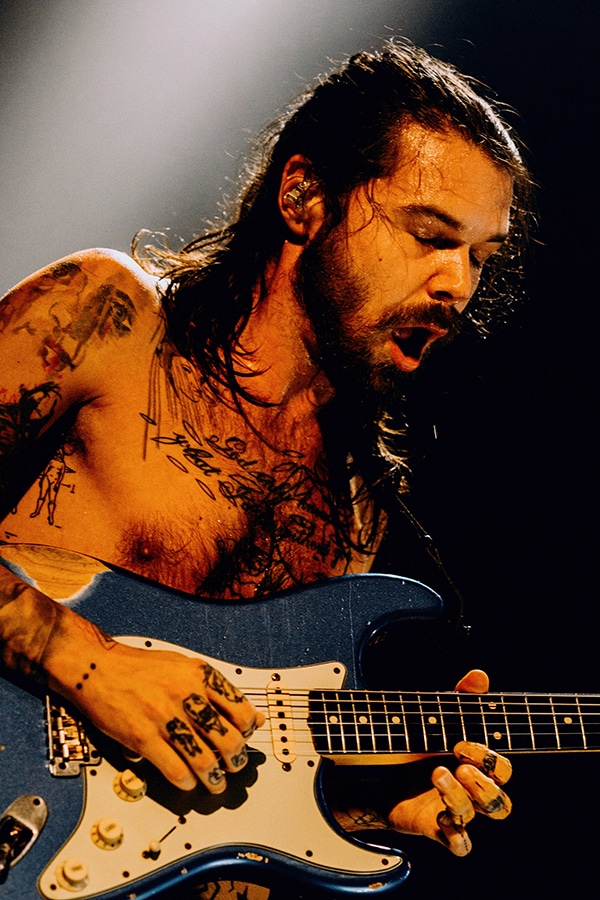 First up are Atlanta’s O’Brother, who set a moody atmospheric tone for the evening with a set drawn primarily from newest record Endless Light. Smoke billows on stage as their expansive brand of post-hardcore thuds around the room, and reminds a lot of Thrice or an angry Explosions In The Sky, with frontman Tanner Merritt sounding a little like Matt Bellamy. Their first time in Montreal, and hopefully not the last. 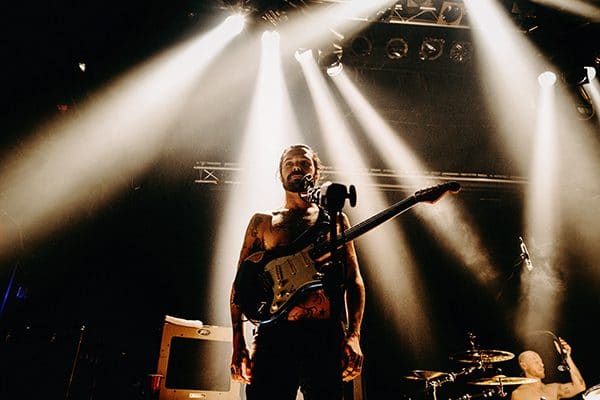 Remember how I said Biffy Clyro fans were a devoted lot back in 2002? Well, in 2017, nothing has changed. Two girls have come across from Scotland (Biffy’s homeland) just for these gigs in Montreal and Toronto, and another couple made the trek from Prince Edward Island. As the lights drop to herald their long-awaited arrival on stage, chants of “Mon The Biff!” ring out (basic meaning translated from Scottish: “Come on Biffy!”). The band stand eerily at their places for a few seconds before kicking off with Wolves Of Winter, lighting the fuse attached to this rabid crowd who explode into life and a pit forms which doesn’t stop moving all night. The stunning Living Is A Problem Because Everything Dies, with its cinematic disjointed intro, follows next, and takes things up another level. A massive singalong accompanies Biblical, and it feels almost like a homecoming, such is the passion and fervour with which the lyrics are sung back. The ferocious Spanish Radio follows that, and then possibly understatement lyric of the night on Howl, where frontman Simon Neil proclaims “I am explosive and volatile!” – no kidding! 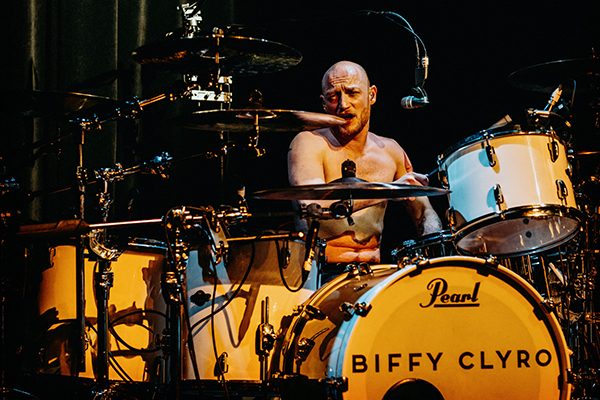 A Scottish flag is waved aloft on the classic Who’s Got A Match?, and Simon stops singing altogether to allow the crowd to scream “I’m a fire and I burn burn burn tonight!” Again, the participation is deafening. Re-Arrange affords a moment to catch one’s breath, though that only serves to make That Golden Rule sound even louder when it follows immediately after. Medicine begins with just Simon and an acoustic guitar, and elicits more hysterical participation from the crowd (especially the guy behind who is gonna be so hoarse in the morning…), with the rest of the band joining midway through to add harmonies. 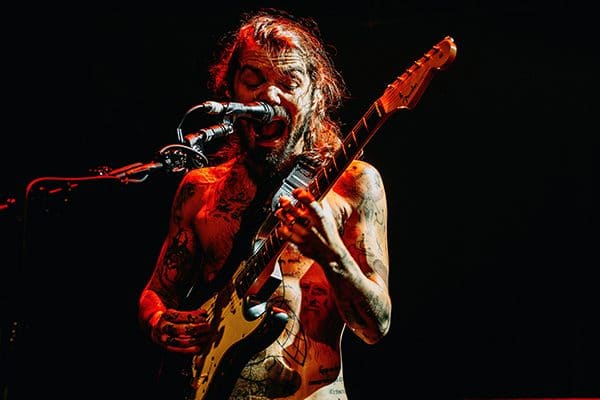 The incendiary chorus of Mountains keeps up the throbbing pit, before the operatic 9-15ths adds to the incredible atmosphere with drum beats that hit like artillery. A raucous Animal Style and glorious Many of Horror close out the main set; Simon urges us to sing the chorus together in the latter, and unsurprisingly, the response is deafening yet again. 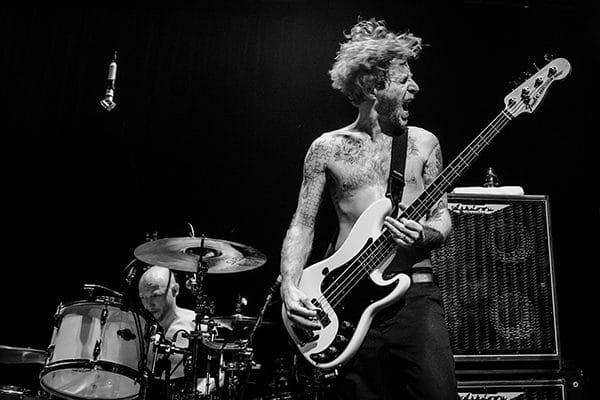 Simon returns alone for an encore, asking the crowd “you got time for a couple more?” Three guesses what the answer to that question was. Simon then plays Machines alone in a truly goosebump-inducing moment as the crowd softly, but loudly, adds the vocal harmonies. “Take the pieces and build them skyward” rings out across the room, as a sea of phones rises up to capture this stirring moment. The rest of the band return for one final rock-out in the form of Stingin’ Belle, as guitars flail and strobes flash across the stage to conclude a truly spectacular 90-minute set, and one that each and every person there surely felt privileged to have witnessed. “Mon the Biff” indeed! 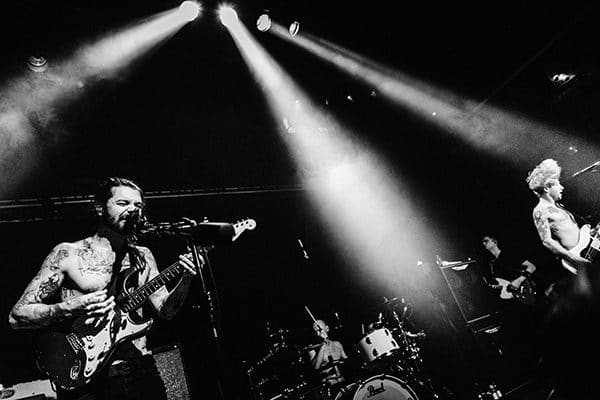 Wolves of Winter
Living Is a Problem Because Everything Dies
Sounds Like Balloons
Biblical,
Spanish Radio
Howl
In the Name of the Wee Man
Who’s Got a Match?
Bubbles
Re-Arrange
That Golden Rule
Black Chandelier
Medicine
Different People
Mountains
9/15ths
Animal Style
Many of Horror
Machines
Stingin’ Belle