The Pixies + John Grant @ Flynn Center for the Performing Arts, Burlington – 21st May 2015 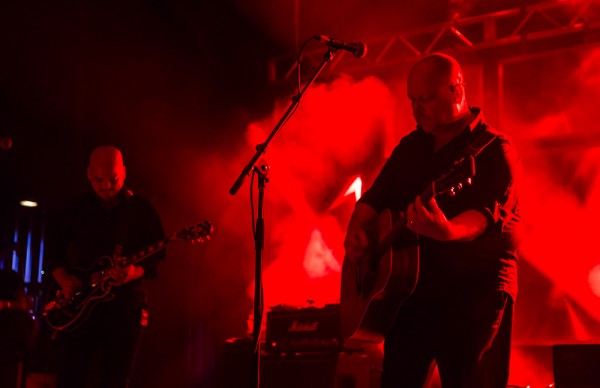 There is something to be said about a band that influenced so many influential artists and whose back catalog of songs can stand the test of time. For many in the Vermont crowd that night, it was the first time seeing The Pixies live, while others were appreciating a band that was formed and broke up before they were even born. For the rest of us, it was a chance to see legends perform those songs that were the soundtrack to our youth.

The Pixies are currently opening for another legend: Robert Plant. Yet, they are finding the time to visit some of the towns that were missed for the Indie City tour. The Pixies playing without a set list, exposed Vermont to songs from their whole discography.

As we passed hippies lounging in the park, we spotted the marquee announcing the Pixies as well as the Vermont Ballet School. Maybe I would enjoy ballet if they played some Pixies! The Flynn Centre brought us back to an art deco past as ushers guided us to our seats. Out of the 1,411 seats, we ended being right behind the sound and light engineers, who informed us not to worry, the Pixies command a standing audience. 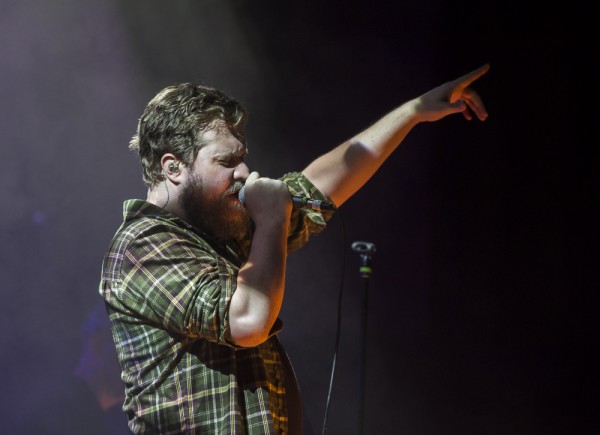 John Grant took to the stage first, greeted by a handful of acknowledgement from a nearly empty theatre. Thanking the audience for their support brought laughter and additional applause. The band opened with “You Don’t Have To” which is a fairly brutal breakup song. Singing in a deep bellowing voice accompanied by a 70s mellow rock sound, John was illuminated by one of the best opening band light shows I have seen in a while.

John followed with “Sigourney Weaver”, a song about being followed by your own alien like issues.

“We are keeping a light atmosphere tonight”, he remarks after announcing his next song is “Where Dreams Go To Die”. 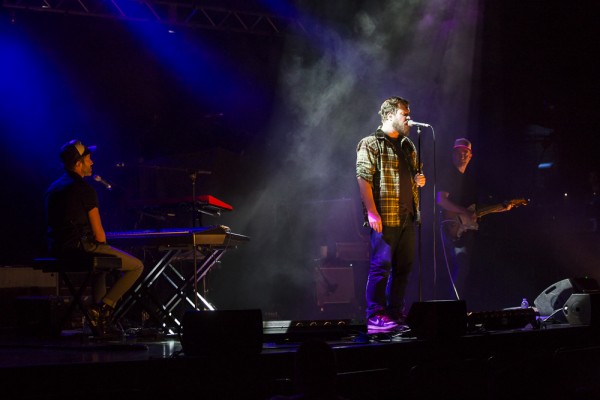 John then talked about growing up in Michigan listening to rock music like AC/DC, Thin Lizzy, Nazareth and Pink Floyd but then heard the Pixies which opened up a whole new world of music for him. He then mentioned that his father thought he had a potty mouth as he next sang “GMF” …and I don’t have to tell you what MF stands for… 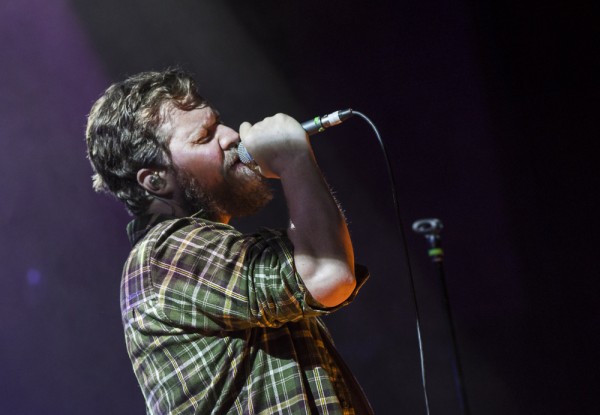 The next song, “I Hate This Town”, said John, was about the reality of living in a small town and running into the only person you don’t want to see. The audience clapped along the western saloon-like tune.

The set ended with “Queen of Denmark” which infused Radiohead “Creep”-like riffs, as if a helicopter engine powered by Tom Morello. 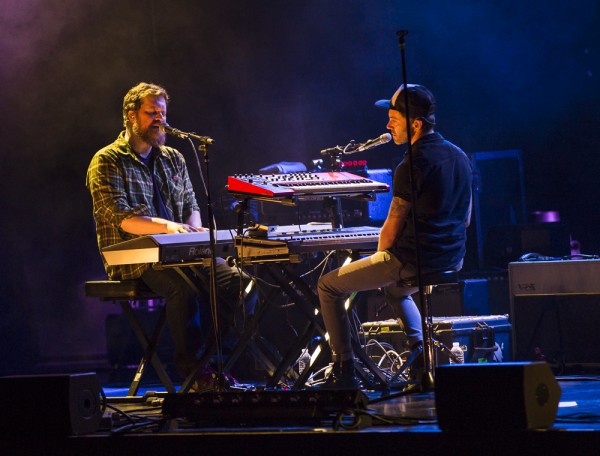 As the intermission lights went on, the theatre seemed to fill up, but the mood was very mellow. This was not an opening band that builds up the crowd, rather in the Pixies quiet/loud tradition, they chose to start with quiet.

The Pixies came on stage with a mellow “Andro Queen” from the latest album Indie Cindy. Black Francis, playing an acoustic guitar, next played a slower arrangement of “Wave of Mutilation”, a classic song of self-destruction. 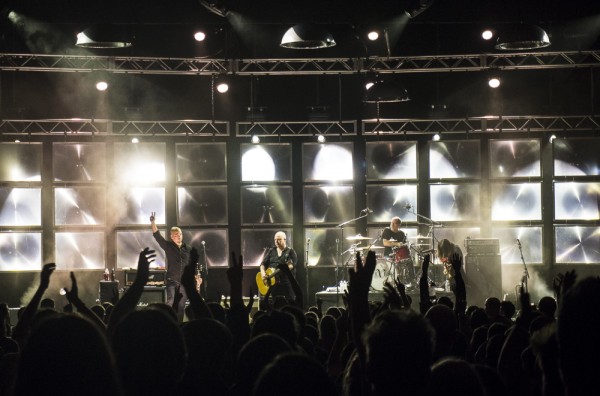 “Brick is Red” (Surfer Rosa) followed by “Break My Body”, reminded us of the Black Francis/Kim Deal duets that are no more, yet Paz Lenchantin was getting comfortable with her new role in the band.

The crowd picked up for “Nimrod’s Son” (Come on Pilgrim), followed by “Indie Cindy” (Indie Cindy) and “The Holiday Song” (Come on Pilgrim). Here is where you see the timelessness of the Pixies where a song from 2014 fits perfectly between songs from 1988. 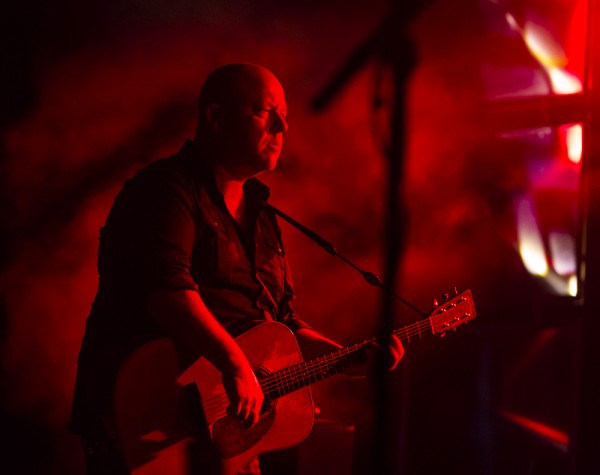 Recognized by the first note, “Here Comes Your Man” (Doolittle) was performed, considered by many to be their breakthrough song. A song about winos and hobos traveling on trains who die in the California Earthquake, managed to rock the Flynn theatre.

“Number 13” (Doolittle) which featured that memorable drum beat reverberated through the venue, shadows of Joey Santiago projected on the walls of the Flynn Center. 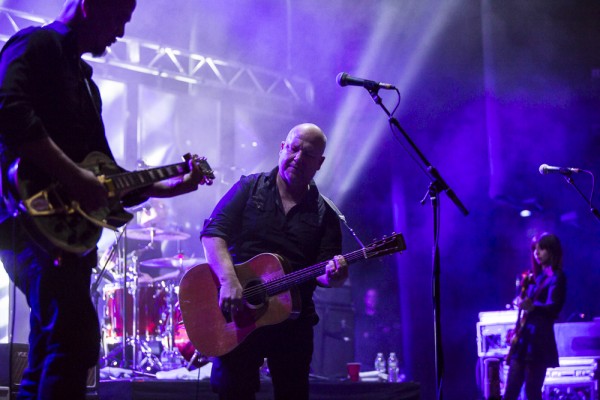 The acoustic guitar was replaced by its louder electric brother for “Magdalena 318” (Indie Cindy), named after an asteroid orbiting the sun. Reflecting the fact that the Pixies have been out of orbit with the earth for the last 10 years, but have finally returned to us.

“Cactus” (Surfer Rosa), a song produced by Steve Albini revealed the Pixies influence on Nirvana and just raised the energy level of the room. 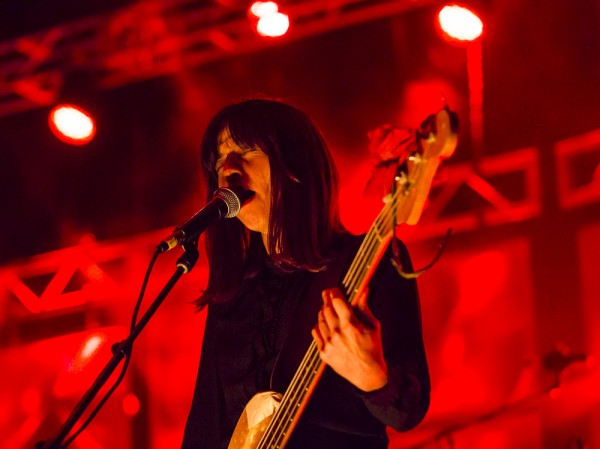 “Gouge Away” (Doolittle) was the moment that the Flynn Center was at its apex. The combination of the song, the lights, and the intensity of the song showcased the signature Black Francis howl.

“I’ve Been Tired” & “Caribou” (Come on Pilgrim) was followed by “Snakes” (Indie Cindy) and “Velouria” (Bossanova). 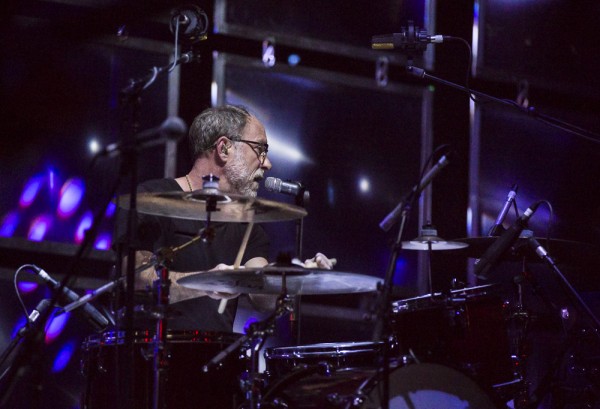 “Greens and Blues” (Indie Cindy) had the classic Pixies signature. “Bagboy” with its big modern beat allowed Francis to let loose with a little dancing. 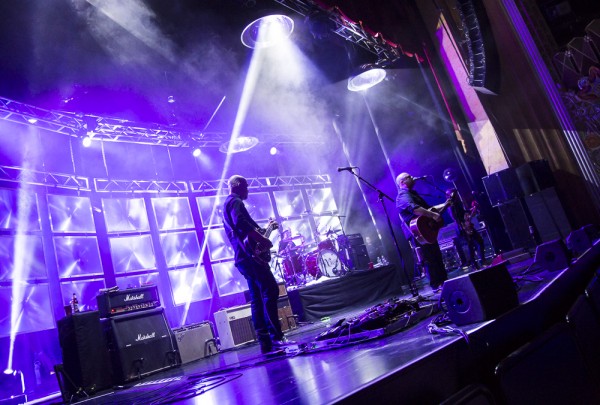 I’ve been to many concerts but never have I heard a band play the same song twice. The second rendition of “Wave of Mutilation” (Doolittle) hit with the full intensity of the original.

The crowd started jumping to “Head On” followed by the next track on Trompe Le Monde “U-Mass”, masterfully growled by Black Francis, a crowd favorite.

The loudest song of the night was “Planet of Sound” (Trompe Le Monde).

“I Bleed” (Doolittle) reminds us of how the daily 9 to 5 bleeds us of life.

“Debaser” (Doolittle) was well received by the crowd. Debaser is based on a surrealist film by Luis Bunuel and Salvador Dali called “Un Chien Andalou” which debases morality in the art world. 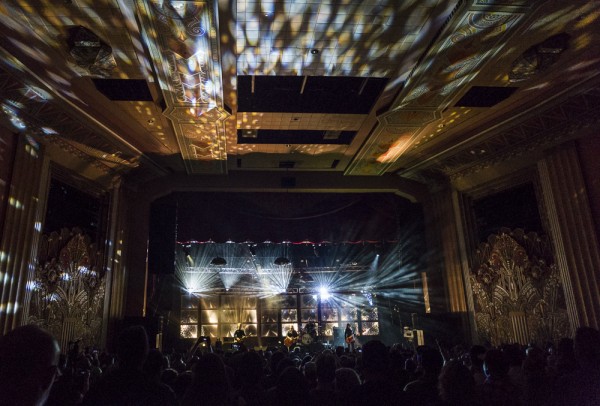 A statement on the environment and references to Hebrew numerology, “Monkey Gone To Heaven” showed us that man is 5, the devil is 6 and God is 7, all the while played at 11.

The Pixies mellowed with “Hey” (Doolittle) about the failure to connect with your true love because of interference.

As the set ends, the band bows to the audience. They then pretend to look at their watch indicating it’s late, they should go home, but maybe they could play on. The crowd plays along and encourages them to stay for a few more classics.

David Lovering gets to sing “La La Love You” (Doolittle) to a receptive audience.

The highlight of the evening was hearing “Where Is My Mind” (Surfer Rosa) which was rendered magical with the lights.

The Pixies ended with “Vamos” with the audience clapped along. Joey Santiago proceeded with guitar experimentation extending the song’s playfulness.

As the lights came back on, we were all reminded of the incredible archives from a band that changed the face of music. To experience the Pixies live is to experience the building blocks of modern music. With Indy Cindy, the Pixies remain a relevant force and we look forward to the next chapter of the band that was loud, then silent, and loud once again.